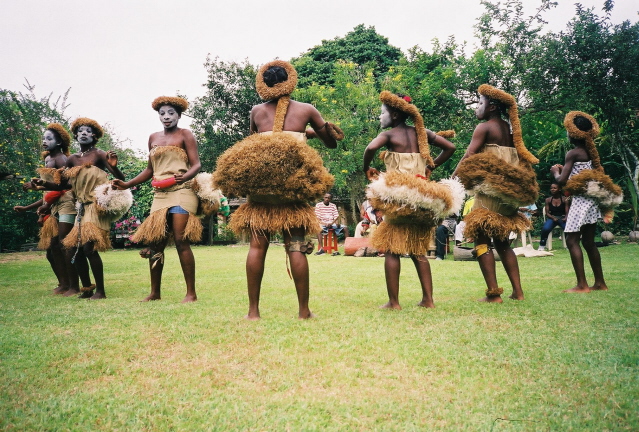 Of recent we have been seeing many overt racist incidents both racist communication in various forms and racist actions injuring and causing bodily harm to people of other race groups.

Mandela Foundation and the Kathrada Foundation called for community action against racism during the week 14-21 March. One would need to be a wizard to claim that one has the answer to the question how to root out racism.

But we can all share our stories for no one across the length and breadth of this world is free of some racism. The degree may vary but its existence cannot be disputed. We lived in a household where our children were exposed to all racial groups and no one ever spoke about race. We saw people as friends and not as belonging to any category. All our friends were treated with the same respect and dignity as anyone else so there was no differentiation.

My eldest child, Kidar, was in grade 1 when one day he came home with an assignment in which he had to identify South Africa’s 4 race groups and cut out pictures of each from magazines. Looking at the various pages full of people young and old he was baffled how to differentiate and asked for help. At the time we had a visitor Mr Sydney Dunn, a family friend and he asked Kidar “so let’s start with Coloured race. Who do you think are Coloured people”. Kidar thought for a moment and then said “well they are supposed to be children of a black parent like my Dad and white parent like my Mum so we are Coloured.” I am a little fair and my husband was a little dark. That was his understanding of race. So different from what he would be taught at school and later life experiences.

I believe that we can only understand racism in South Africa if we acknowledge our racist history. Racist education and unbridled racial discrimination was entrenched in the various apartheid laws. Today, although most racist laws are rooted out, racist attitudes, prejudices, misconceptions and judgments continue to remain within us.

The model C schools are where there are changes as they now have to adjust to having children from different race groups. While many of these schools have adjusted to the new conditions most of the racism is encountered in some of these model C schools. That does not mean that one race group schools do not have racism, but their very nature is able to absorb any racist conceptions without any overt manifestations.

The important questions are have our communities changed; have our educators changed; has there been a conscious effort to train them to think differently from the past?

Activists in the struggle will recall the conscious efforts made by us to unite across the racial divide and defy the apartheid legacy. We drove into townships where people of other race groups risked being arrested, or attacked, to transport our comrades who did not have private transport so that they could come to meetings and contribute to the discussions. We identified common issues and worked on them together so that we could cross the race barriers of apartheid. We do not see a conscious effort being made to root out racism today.

Schools and living arrangement are where we make contact with each other and get to know one another. Apartheid kept us apart but we now need to come together. Living as neighbours, attending the same schools and working together gives us that opportunity to unlearn the past prejudices and begin to appreciate each other. We also share common concerns and can work together in addressing our common problems.

Another remnant of apartheid is that besides dividing South Africans into different race groups, apartheid discrimination impoverished black people by denying them opportunities in the various occupational fields, through job reservation policies and through the various pass laws.

The 1913 Land Act and the various wars of occupation preceding it, as well as the Group Areas Act, had the effect of dispossessing a large majority of non-white (black) people of their land and thereby their livelihood, as many were traditionally able to sustain themselves on the land. Some farmers have in recent times illustrated the idea of sharing by forming cooperatives sharing their large tracts of land and helping the newcomers with skills to grow, harvest, process and market. This is a good model that can be implemented if we have generosity of spirit and if we acknowledge that apartheid was indeed unjust and unfair in the way it treated black people.

A result of no acknowledgement and no sharing is that we continue to harbour hostile feelings against each other. The huge economic divide created by apartheid, between the super rich, largely white and the poor largely black needs to be addressed. This is the outcome of racist policies, of colonial plundering and of exploitation which relegated millions to utter poverty and disempowered millions over whom they ruled. Elizabeth Martinez and Arnoldo  Garcia, writing on neoliberalism point out, “the concept of the public good and the concept of “community” are being eliminated to make way for the notion of “individual responsibility.” This results in “pressuring the poorest people in a society to find solutions to their lack of health care, education, and social security all by themselves—then blaming them if they fail, as ‘lazy.’” And incapable.

This perception of their own superiority is being manifested in racist pranks, utterances, assaults and insults. Often the perpetrators believe that they have done no wrong, even if they kill, harm or injure the feelings of the other. This is because the idea of their superiority is so deeply entrenched in their minds that others are not considered as humans with feelings and status. With that kind of mindset they inadvertently give vent to racist vitriolic when irked by some incident. This kind of mindset also leads them to spur each other in a group to engage in violent forms of racist behavior which we have witnessed in our country.

Basing criticisms and perceptions about a group on generalization is wrong and can never be justified. Reality has shown that no group is totally homogenous whether in terms of race, ethnicity, gender, class or any other divide, the people within the group are individuals and each one has his/her own life styles, thoughts, habits, hang-ups etc. So to generalize in terms of group is pressing the wrong button.

South Africa therefore needs a process of re-educating the entire community to begin to think in terms of a common South African identity, built on humility not arrogance, and to actively discard the racist and racial notions that many of us have grown up with during apartheid and which still continue to dominate our lives today.