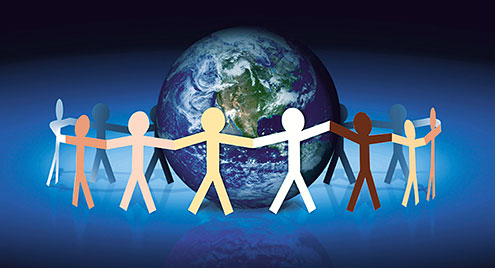 At a meeting of the ANC in 1959 Chief Albert Luthuli called for action against the pass laws. While ANC was organising for a massive campaign, the PAC and its President Robert Subokwe called for a protest against the pass laws on March 21 1960. People from Sharpville and Langa responded to this call. They marched to their police stations to hand in their passes and were met with brutal police violence that led to South Africa being criticized all over the world.

In 1913 women had marched to the police station and other Government offices to hand in their passes. There were no casualties even though this was repeated in various towns in the Free State. In 1956, 20 000 women marched to the Union Buildings in Pretoria to hand in a petition against the pass laws, signed by thousands of South African women. Again there were no casualties.

But in 1960 the protesters were shot at, as they were dispersing. Official reports stated that 69 people died and about 180 were seriously wounded with many injuries on the back.

1. Live ammunition was used. This should never have been used on peaceful protesters. This was a clear violation of human rights by the authorities.

2. People have a right to express their displeasure at unjust laws and administration. This is a universal right. Yet in this instance they were shot down not injured with rubber bullets or baton charges, but killed with live ammunition.

3. The third is that the pass laws were imposed on a racial basis. These laws applied to only African people. This was a racist legislation. It was designed to keep the African people out of the urban areas and so restrict their movement in the land of their birth and its application was ruthless and brutal designed to punish African people but also to recruit them through arrests to prison labour camps on white farms.

Article 55 states, “With a view to the creation of conditions of stability and well-being which are necessary for peaceful and friendly relations among nations based on respect for the principle of equal rights and self-determination of peoples, the United Nations shall promote:

a. higher standards of living, full employment, and conditions of economic and social progress and development;

b. solutions of international economic, social, health, and related problems; and international cultural and educational cooperation; and

c. universal respect for, and observance of, human rights and fundamental freedoms for all without distinction as to race, sex, language, or religion.” and article 56 promotes this.

In 1966 apartheid was eventually labelled a crime against humanity by a General Assembly resolution. Followed by other resolutions similarly condemning apartheid.

In 1994 when the democratic government was established in South Africa, it decided to recognise 21st March as a day when we pledge the entrenchment of human rights in our country. We recall the tragic occurrences of 1960, not as a bitter memory fanning hatred but as a memory that says “never again will such violations of human rights happen in our country,” releasing South Africa from the pariah status it had acquired during the apartheid era.

Human rights are entrenched in our constitution which says among other things that we must, “heal the divisions of the past and establish a society based on democratic values, social justice and fundamental human rights.”

A society based on democratic values is a society where people respect each other and acknowledge human diversity. Ubuntu is a call to respect and compassion.

Social justice and fundamental human rights requires that we should all work towards eliminating the suffering of people. Fundamental rights are among others the right to shelter, nutrition, health care, education, special care for those in need, security and safety for all.

Gandhiji said, “Every man ( and woman) has an equal right to the necessaries of life even as birds and beasts have. And since every right carries with it a corresponding duty and the corresponding remedy for resisting any attack upon it, it is merely a matter of finding out the corresponding duties and remedies to vindicate the elementary fundamental equality.”

The dignity that one derives from earning one’s bread is a unique dignity. The bible states, “By the sweat of thy brow thou shal’t eat bread.” Restoring dignity is to enable people to be able to earn their living whether it be cultivating their land, engaging in business or working for someone.

This then leads us to another fundamental right and that is as stated in our constitution, “everyone has the right to fair labour practice” So what is fair labour practice? This is a concept that is not yet defined and therefore is open to many interpretations. For instance a person who works many hours in domestic employment or as cleaner or labourer is generally not treated with dignity, earns very little and is expected to accept low wages, sometimes even abuses and ill treatment without protest. Is this fair labour practice? Our challenge then is to define what we consider to be fair labour practice for all.